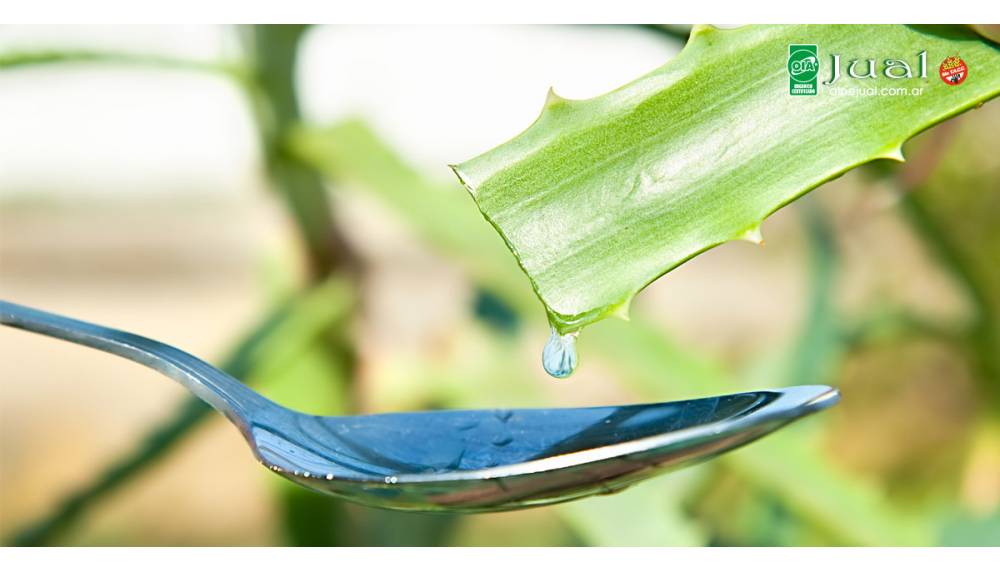 The active ingredients of aloe increase as plants grow older. Aloe plants have thick and fleshy leaves with toothed margins.

Originally, the aloe vera plant was used for the laxative properties of a cellulosic substance contained in it. However, since mid-20th century, the aloe gel started to be gradually adopted as basis for the preparation of beverages (juices, gels), as a natural moisturizer and as a healing agent for various conditions, including skin diseases and internal conditions.

When taken orally, 30 to 60 daily cubic centimetres of aloe juice can reinforce the immune system, reduce the risk of cardiovascular diseases, neutralize free radicals and accelerate the production of new cells, known as fibroblasts, which are responsible for maintaining the structure of tissues, with a powerful anti-ageing effect on many tissues, including the skin.

The wound healing properties of aloe vera are of utmost importance, thus being a perfect dietary supplement for digestive tract disorders, such as heartburn, gastritis and irritable bowel syndrome.

Acemannan, a mucopolysaccharide found in the aloe vera gel, is a strong enhancer of cytokine synthesis with anti-cancer, anti-tumour and antiviral activities, particularly in soft tissue sarcomas. Acemannan is capable of reducing the growth of a tumour or even reversing it. This anti-tumour activity, together with the immunostimulant and protective properties for radiation-induced wounds, lead to the possibility of applying aloe vera to prevent melanomas and skin cancer.

The aloe vera drinking gel may help to prevent arthritis and reduce the inflammation of joints affected by such disease. According to the Journal of the American Podiatric Medical Association, aloe may also inhibit the autoimmune reaction associated with certain forms of arthritis in which the body attacks its own tissues. Several components of aloe have proved to be effective against arthritis. Aloe contains an organic acid that reduces inflammation by 79.7% and suppresses the autoimmune response by 42.4%.

Dr. Robert H. Davis (Physiologist at the University of Pennsylvania, College of Podiatric Medicine) has conducted several research studies on aloe since early 1970s. Laboratory tests indicated that aloe can prevent and arrest arthritis, improve wound healing, inhibit pain, block inflammation, restore bone growth, and act as a vehicle for the delivery of nutrients to the body.

All fields are required